A few weeks ago, I received a welcome slap in the face from one of my mentors. He was asking me about my approach to promoting my new book, Clueless at The Work: Advice from a Corporate Tyrant. The conversation went something like this:

SV (mentor): How’s the book going? Has it been successful?

AG (me): Yeah, it’s probably sold 10 times more copies than I ever expected. It’s weird because it’s done well even though I feel really uncomfortable promoting it and sounding like I’m bragging.

SV: What are you talking about?

AG: Like, why should I go out telling the world about my book? It’s something I enjoyed making and the journey was the most enjoyable part.

SV: It sure doesn’t sound like that. People don’t go around writing self-improvement books for a fun creative project.

AG: Well, I don’t even know what to say about it.

SV: You wrote 280 pages of content and you don’t know what to say about it? You’ve already done the hard part. You wrote the book. Most people don’t get that far.

SV: You know what I hear? I hear fear disguised as humility.

😳 Fear disguised as humility? 🤔 Ouch. That hurts. 😭 In the words of Leslie Nielsen in Naked Gun 2 1/2, “The truth hurts. Maybe not as much as jumping on a bicycle with the seat missing, but it hurts.”

It was one of those moments where you know someone is telling you the truth you don’t want to hear. My friend Clare called it the “necessary slap in the face” in one of our podcasts together. Ever since SV told me I was disguising my fear as humility, I’ve had to rethink my approach to talking about myself and my work.

In talking with others, especially creatives, I’ve found this to be a very common theme. We love doing creative work, putting it out into the world, but we’re often disappointed in the results because we are uncomfortable telling others about the work we’ve done. It’s self-defeating. Rather than allow myself to defeat my potential, I sought out some resources to help. Here’s what I found… 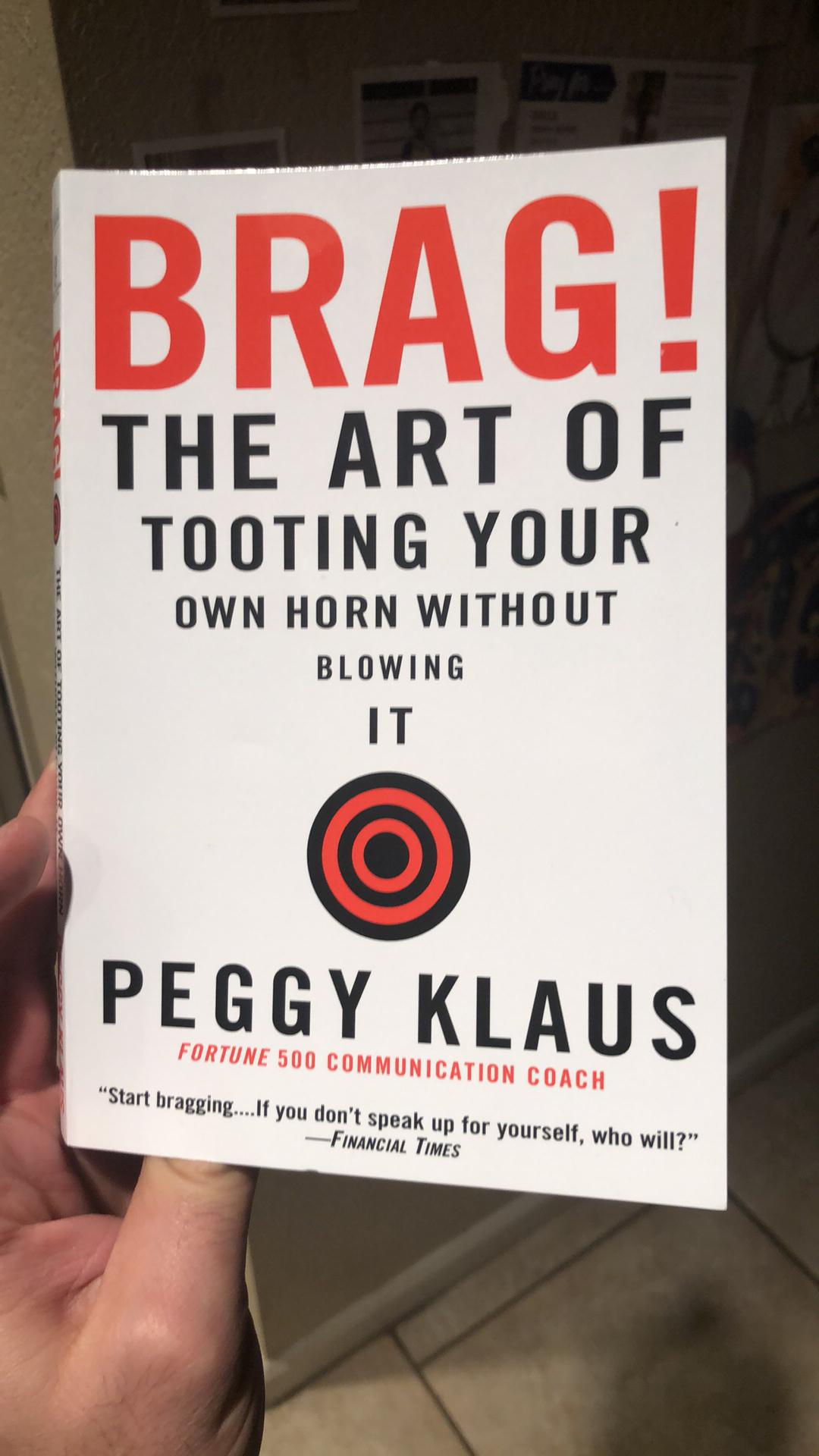 Brag! The Art of Tooting Your Own Horn Without Blowing It by Peggy Klaus is a fantastic place to start. Peggy Klaus teaches people how to talk about themselves in a way that’s not pushy or arrogant. I’ve learned so much from this book, but it was even better to hear her talk through this process with someone. This 20-minute episode of the Advice To My Younger Me podcast was so inspiring, especially since she walks the podcast host through the bragging process.

I started digging into the podcast series further and the previous episode was also excellent. It features Tara Mohr, who talked about the importance of “making your work visible” to others. Most people are not going out of their way to learn about your work, so you need to think about how to make your work visible so people know about it. That advice really helped me to reframe how I look at “self promotion.”

Then, I hosted an independent rapper and sociopolitical commentator named Zuby on my podcast. He talked a lot about overcoming difficulties in making your dreams a reality. For example, he personally met hundreds of thousands of people over the past decade to sell his music. He emphasizes the importance of having people pay for content because paying customers value what they’ve purchased. People who receive it for free don’t value it as much nor in the same way. Zuby’s ebook is $39 and he considers it underpriced because it has changed the lives of those who’ve purchased it and taken it seriously. 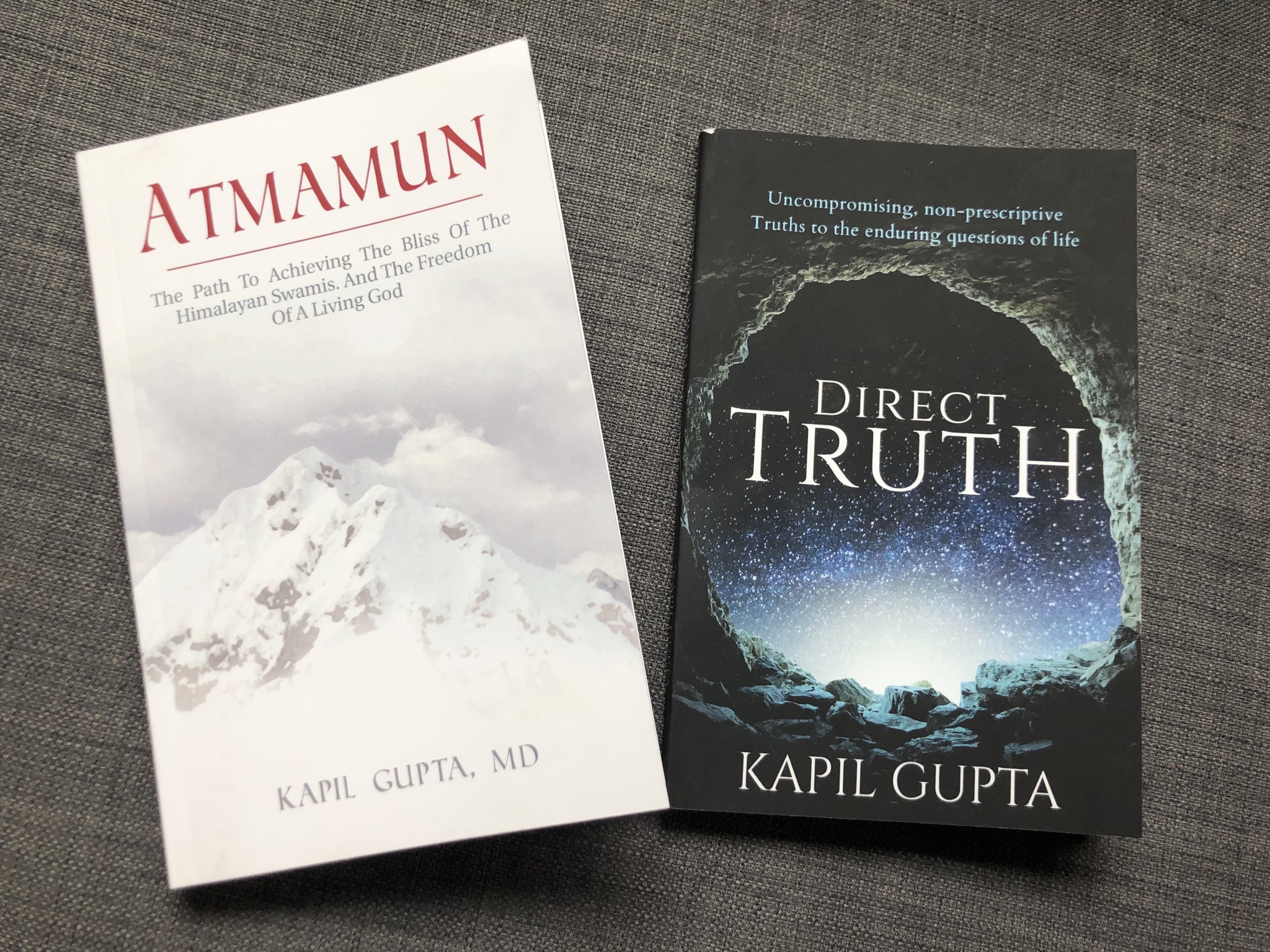 Lastly, I’ve really gotten into the written and spoken work of a mental performance coach named Kapil Gupta. He is an extremist in terms of seeking truth without prejudice, discovering what it is that holds a person back from their ultimate performance, and getting rid of nonsense if daily life. His work is really meant for people shooting to be the top 1% in whatever they do.

Reading through his articles and listening to interviews with him on various podcasts has helped me to see that I am not part of that 1% performance group and my life has headed in a direction that would make that impossible. However, I have learned so much about I’ve used humility to disguise my fear. His work is not for the fainthearted and I don’t necessarily recommend you read or listen. But if you’re into extreme performance (which I certainly am), then you may find it of interest.

Gupta is beyond thought-provoking. His words have made me question so much about my behaviors and how my mind works, how much control I’ve given to my mind and how much of a pleasure-chaser I’ve been in my life. If you’re ready to start questioning everything you hold dear and looking at the “murder your darlings” and “burn your boats” approach, then check him out.

So, how has all of this changed me? Well, I am looking at being “fearless” in 2020, which means I’m unashamed of my accomplishments and I have nothing to hide when it comes to sharing what I’ve done. But, I am also happy to share my failures and shortcomings. I want to promote my whole self and not just an image of who I want people to think I am.

With that said, you should purchase my book and listen to the podcast. There is a lot of great advice that I believe many people can use to grow themselves and develop a career worth having. The book is great for teams or departments to go through together, especially for those earlier in their careers.

If you’d like to book me to speak on your podcast or at your company, message me.

Buy your copy of Clueless at The Work

Anthony Garone is a creative technology leader with a heart for helping people understand who they are, where they excel, and what they can offer the world. He has co-founded and advised several startups, runs Make Weird Music, and leads software and technology teams at an identity theft protection firm, InfoArmor, which was acquired by Allstate in October 2018.

Anthony lives in Mesa, Arizona with his wife and three children.