The following is an excerpt from the book. If you think being smart is overrated, let me know!

We have encountered far too many individuals who have been driven to the brink of despair by their perfectionism. Some of these individuals can be quite accomplished and successful according to objective criteria, but it often seems as if their achievements are secrets that have been kept from them. That is, they have lived their lives and evaluated themselves by expectations, either their own or others’, that are impossible to meet. As a result, they have seldom experienced a sense of satisfaction. The people who may be especially at risk are those perfectionists who have actually had some significant accomplishments. — Paul Hewitt, et al, Perfectionism

You may have heard the phrases “fail fast, fail early, and fail often” or “make mistakes, break things” in reference to software development in Silicon Valley. Entrepreneurs and innovators in Silicon Valley have a reputation for experimentation, A/B testing, and data-driven work. The sooner you fail, the sooner you uncover a problem that would have otherwise reared its head, possibly in a bigger way with greater consequences.

The word “fail” has a heavy and uncomfortable connotation, which is why these types of mantras are off-putting. In Silicon Valley, which is thought of as the birthplace of the modern American company, there is pride in certain types of failure. Software-driven companies have the luxury of highly-malleable and quickly-changeable product. Software can be updated several times a day and you can target specific groups of customers with the new code changes to test a new feature. If the change stinks and user feedback is negative, it can be rolled back. Other industries don’t benefit from such luxury, so how can you fail or allow for a mistake outside of the software industry? That’s a tough question to answer. Hopefully my thoughts will give you some new ideas.

When moving quickly with rapid prototyping or brainstorming, it’s important to explore as many paths toward failure as possible. Within your budget and project timeline, make as many examples of your product or service as you can and test everything. Whether it’s a new meeting agenda template or a novel powder coating method for steel fabrication, find a way to test new ideas and processes in such a way that failure does not totally interrupt the operation of your business. Manage the risk of the change.

The scientific method teaches us that one counterexample is the difference between a compelling hypothesis and a foregone conclusion. The world moves forward through tinkering. Businesses are starting to catch up with experimentation in products and services, largely because of the amount of money, talent, and output being seen in Silicon Valley and elsewhere. Finding your failure options early on gives you new business potential, sales opportunities, and perspective. Failure in Silicon Valley isn’t taken personally, especially since the odds are stacked so heavily against success. Several publications have reported that 20% of businesses fail in their first year and 50% fail a few years later. Most businesses fail in a few years. A 2012 BBC article titled Can a Company Live Forever? reports that the…

…average lifespan of a company listed in the S&P 500 index of leading US companies has decreased by more than 50 years in the last century, from 67 years in the 1920s to just 15 years today.

This is shocking, and the data is almost a decade old! A 2017 Inc. article called Why Half of the S&P 500 Companies Will Be Replaced in the Next Decade forecasts that the average lifespan on the S&P 500 will drop to 14 years and that half of the listed companies will be replaced in the next 10 years. Forecasts are almost always wrong, but the trends are worth noting.

Old companies are pushed out of the market, disrupted by new companies with new ideas and higher tolerances for failure. New companies have less bloat, move faster, and more meaningfully measure and attain success. Furthermore, new companies skyrocket to levels of success and wealth in ways never before seen in human history. Many of these companies are employing the “fail fast and fail often” mantra.

This is antifragility at its best.

Markus Reuter is a true 21st-century musician, composer, and inventor from Berlin. He is one of the most groundbreaking free thinkers I’ve ever met. Over the years, we have had many conversations about music performance and composition. Markus doesn’t believe in “wrong notes” and sees mistakes as an opportunity for growth. Some of the following was gleaned from conversations we’ve had, some of which have been filmed and released on the Make Weird Music website.

Mistakes are essential to the learning process. If you’re not making mistakes, then you’re not pushing yourself hard enough. The best way to learn is from mistakes because you learn about something that doesn’t work in the way you need. A mistake is beneficial, direct feedback from a process. When you’re “in the zone” and really focused on your work (also known as “flow”), you can recover from mistakes very quickly and with relative ease. The mistake is brushed off and the work can continue.

Mistakes are not something to feel bad about. They’re totally natural and an expected part of learning and growing. Can you imagine learning without making a mistake?

I don’t think it’s even possible.

What makes Markus unique is the way he leans into his musical mistakes. He doesn’t cover up a missed note like most musicians learn to do through repeated practice and performance. He will play every note loud and proud. A note is “wrong” only when the performer and listener both agree. Markus is non-negotiable, so his “mistakes” merely make the listener question their judgment. I don’t expect you to think like Markus, but owning a mistake and leaning into it is something to consider.

A small mistake may be unnoticeable to others but blatantly obvious to those with more expertise. So, the mistake either goes unnoticed or is easily forgiven because the people who have more expertise are going to relate to the work that led to your mistake.

Sometimes we make mistakes we think we shouldn’t have made because mistakes are uncomfortable, especially early on in our learning. Either we didn’t learn from the last time we made the mistake or we don’t understand what we’re trying to learn. We can either learn to practice more and look for other ways these mistakes eluded us, or we can chalk it up to a new experience. You can’t fault yourself for discovering a new way to make a mistake. You can fault yourself for making the mistake multiple times and not learning from it, especially if it is disruptive to others.

You must make mistakes and you must not beat yourself up over them. The reason you’re making a mistake is probably because you’re doing something new, either through learning or growth, and you shouldn’t be faulted for trying. This is why it’s unfair to make fun of anyone who starts a business that ultimately fails. Were it not for failed companies, there wouldn’t be an economy.

Making mistakes can be a badge of honor and not a scarlet letter of shame. I used to beat myself up quite a bit over mistakes. I look back on that time in my life and I realize how little I knew and how unrealistic my expectations were. I’d beat myself up for being unable to play a nearly-impossible guitar solo or for trying to write code that grew more complex than I could manage. I was not equipped with the right techniques at the time and I didn’t know how to handle mistakes with maturity. Thank goodness I’ve changed or I’d probably be dead by now.

Some mistakes can be exploited and turned into something new and great. Several drugs have been discovered through mistakes and happy accidents, from helpful medicines like Penicillin to hallucinogenic drugs like LSD.

The website How Stuff Works has an article featuring 9 Things Invented or Discovered by Accident, which includes corn flakes, microwave ovens, silly putty, post-it notes, the Slinky, potato chips, fireworks, and Play-Doh (you won’t believe the 9th thing!). Musicians make mistakes all the time that lead to more interesting chord changes and melodies. Visual artists can see new shapes and imagery in shadows or optical illusions. There is so much opportunity to learn from our mistakes! Don’t stop yourself from capitalizing on a good one.

When Markus is composing music, he will improvise alone or with others for a few hours. When he listens back, he cuts out most everything he likes or thinks is “good.” Then he will home in on the material he dislikes, focusing on why he dislikes it and what he can make of it. He believes the material he “likes” won’t advance him, his playing, or his compositions forward. This is basically the opposite way of approaching music from everyone else I’ve ever met. Markus seeks out the uncomfortable, which is what makes him formidable and antifragile.

One of my favorite musicians in the world is a guy named Michael Manring. He studied with one of the greatest jazz bassists who ever lived, Jaco Pastorius. Michael idolized Jaco and did everything he could to sound just like him.

Michael told me that every once in a while, little quirks would pop up in his playing and he’d try to put an end to them because they made him sound less like Jaco. It took a few years, but he eventually realized those little quirks were his own style trying to emerge and make themselves known.

As you learn to excel and become proficient as part of your Stage 2 growth, give yourself a break. Realize you’re going to make mistakes, the mistakes will teach you new things, and you can use the mistakes as part of the story of you.

There’s no shame in making mistakes, they make you more compassionate toward others who aren’t as far along as you, and they build increased respect for those who are further along than you.

Buy your copy of Clueless at The Work 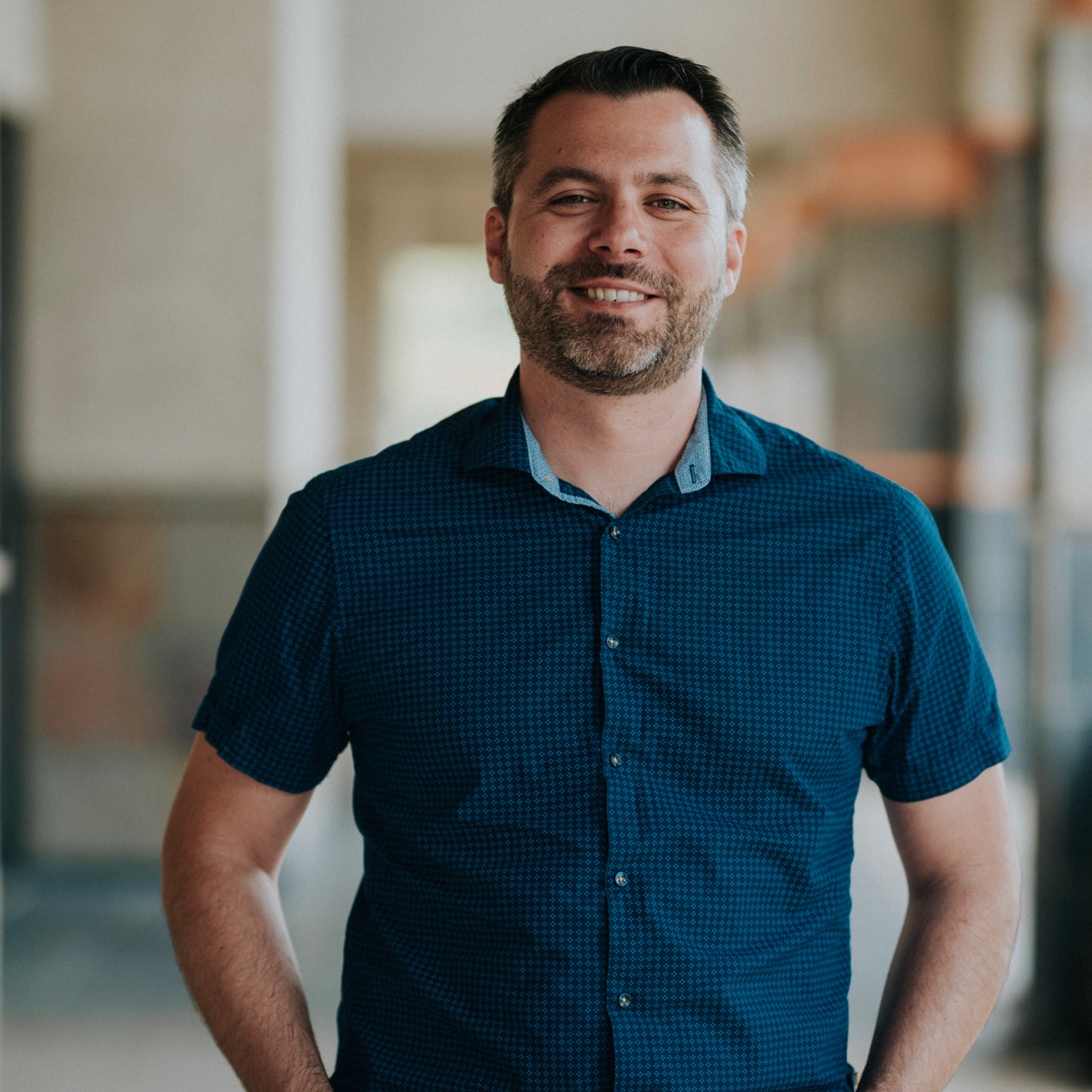 Anthony Garone is a creative technology leader with a heart for helping people understand who they are, where they excel, and what they can offer the world. He has co-founded and advised several startups, runs Make Weird Music, and leads software and technology teams at an identity theft protection firm, InfoArmor, which was acquired by Allstate in October 2018.

Anthony lives in Mesa, Arizona with his wife and three children.